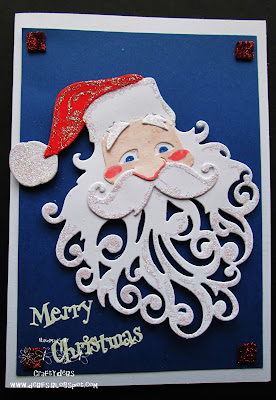 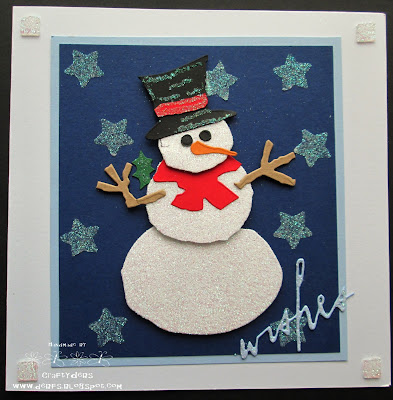 For the snowman I've covered a piece of flat white card with the DS sheet before die cutting the body. After assembling the snowman I've covered with the glitter. For the background I punched some stars paced them onto the blue card & then removed the second backing sheet before adding glitter. I've used the clear pads again at the corners of the card.
Posted by Debbie Frost at Tuesday, November 08, 2016