Card in a Box 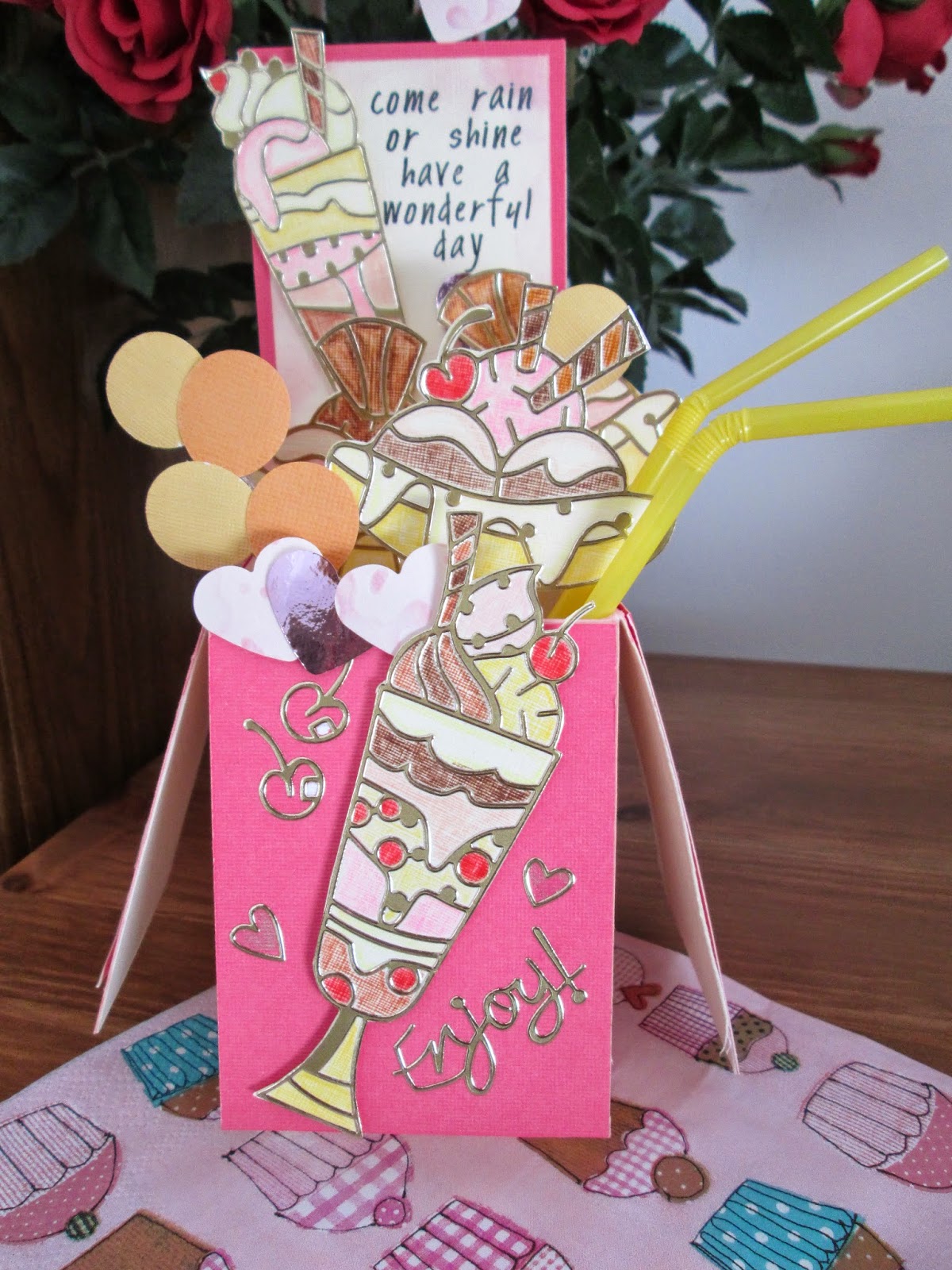 Materials used:-
Francoise Read peel off 98535 Ice Cream Sundae
Dreamweaver stencil LJ801 Paint Splats
Memento Angel Pink
Brilliance Graphite Black
JGS324 In the Frame Ditties
Sakura coloured pencils
Textura 6" x 6" paper pad (Tropical)
1" Balloon & Heart punches
Glossy Accents
Sakura Gelly Roll pens (clear, white & Stardust pink)
A4 cream card
All available from:-
www.woodware.co.uk
Your local Exmouth stockist is:-
japonica
These "Card in a Box" designs are all the rage at the moment & featured everywhere you turn so we just had to try them didn't we? Now before I start I'm absolutely useless at describing how to produce anything "mechanical" so I'm going to give you a link which will point you to a very useful tutorial if you don't already know how to make the basic shape.
Here it is:-  http://www.splitcoaststampers.com/resources/tutorials/popupboxcard/
I know I cheated but if I'd tried to guide you through it you'd be just as wise at the end & scratching your head & saying "Eh?" So...!
As you can see I started by covering the lower panels under the flaps of the box with some stencilled card mounted onto a darker contrasting paper from the Textura pad . I passed the  Dreamweaver stencil through my Cuttlebug  (lightly spray the card with surgical spirit first, you'll get a much crisper result! Honest!!) I then brushed the embossed card with ink from the Memento pad in all 4 directions (the Embossed Strie method).
Next I placed all the peel offs onto some cream linen card & coloured with pencils. I love the texture you get from linen card & pencils. Now cut out all the pieces & mount the tall glasses onto the flaps which I covered with pink paper.  Add the peel off words, cherries & hearts. Stamp the sentiment onto cream card & add the 4th tall glass before attaching to the back of the box. The banana splits were mounted onto strips off acetate before arranging in the inside of the box. The punched balloons were given a little shape with a mat & Character Shaper before mounting among the desserts in  the same way. To finish add some Glossy Accents to the cherries, highlighted some areas with Sakura pens & added some punched hearts for good measure. Throw in a couple of straws- Knickbocker Glories all round!! 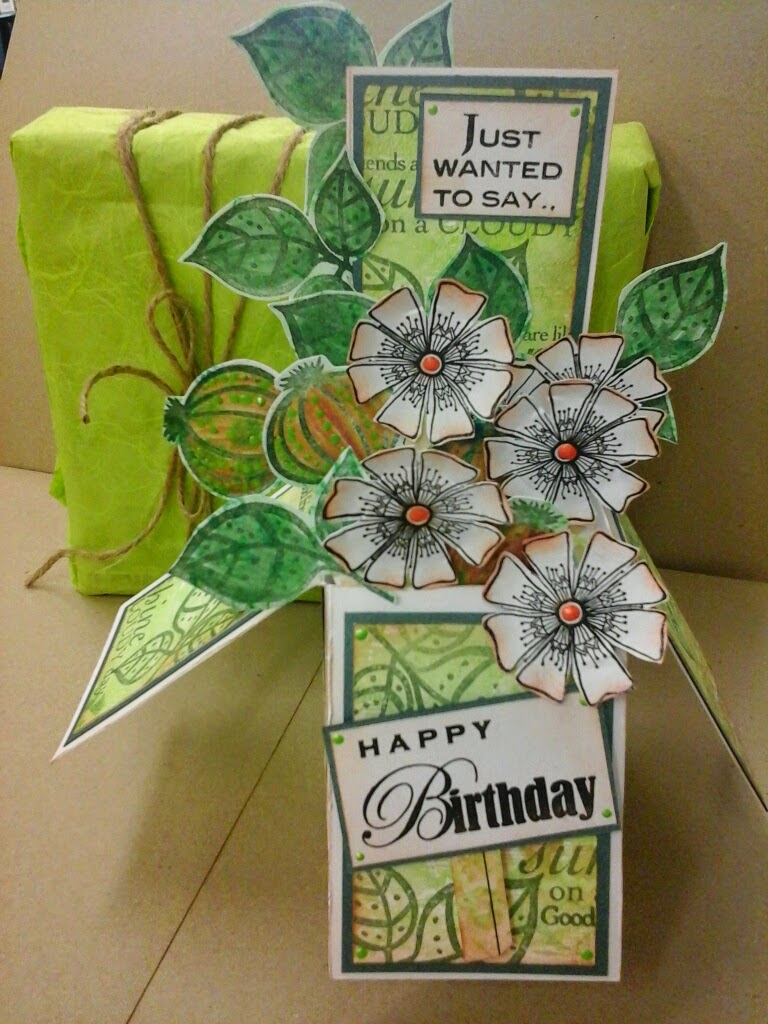