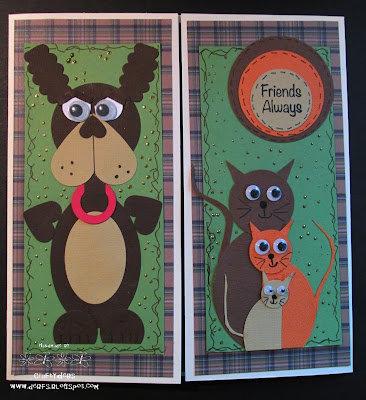 Materials used:-
Woodware punches (see picture)
Craftwork Cards paper pad "Tartan"
Textura Cardstock pad "Nature"
FRS169 Little Messages
8 x 8 card blank
"Googlie" eyes
Liquid Pearls Avacado
Black Micron pen
All available from:-
www.woodware.co.uk
Your local Exmouth stockist is:-
Liberty Craft
33 Exeter Road
Exmouth EX8 1PT
01395 273238
libertycraft33@yahoo.co.uk
It's raining cats & dogs! Let's hope that with our English summer this doesn't prove to be the case!! I've pulled out all the punches this week to create these fun characters. You'll see all the punches I've used in the pic below plus a couple of oval dies which I didn't have in punch form. I've re-folded the card gatefold style & used the tartan paper for the background. The cats & dog have been attached to some plain green card & I think you'll see at a glance how they have been formed. To complete the design I've added some detail on the animals & a wiggly line around the border with a Micron pen & some dots of Liquid Pearls to give a bit of texture & interest.  Here's a closer look. 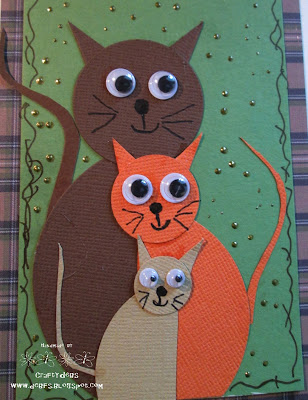 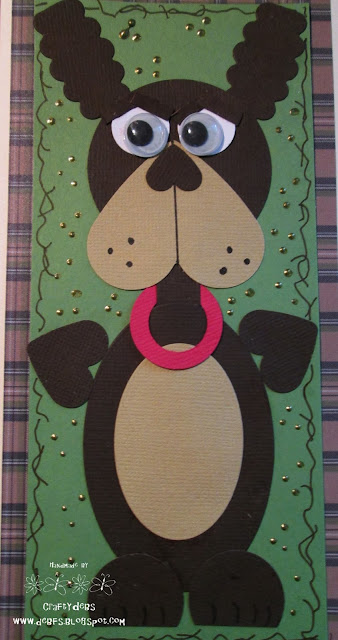 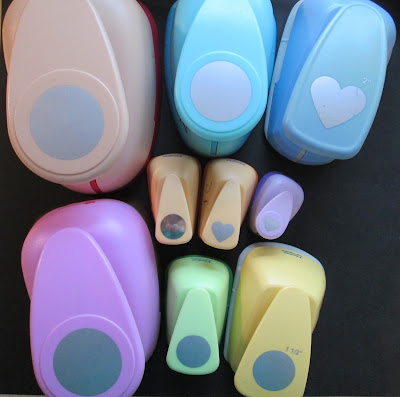